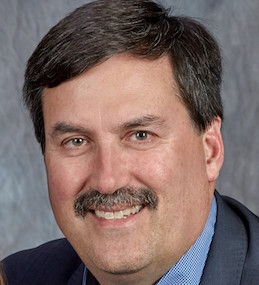 Jeff is a professional engineer with over 37 years of experience in the petroleum industry across North America. He most recently served as President and co-founder of Inceptor Energy Inc., a company focused on developing facilities to convert lower value natural resources into higher value premium fuel products. Prior to Inceptor, Jeff was the Senior Vice President and Chief Operating Officer for Rock Energy Inc., a public oil and gas company in Canada. He led a technical team that explored, developed, and produced oil and gas reserves.

Jeff began his involvement with LeaderImpact as a weekly group member in 2008 and joined the Calgary City Team in 2011. He has been leading a weekly group for over seven years and participated in a LeaderImpact Global Visioning Trip to Indonesia in 2016. He assumed the position of Executive Director for LeaderImpact in March 2020.

Jeff has been married to Janet for over 37 years and has two grown children, both of whom are married. His interests include travel and spending time in the mountains of western Canada.